Your browser is outdated. We recommend an update or using another browser to visit our website.

As a sign of solidarity and gratitude, the University of Bayreuth honours deserving personalities. District President Henry Schramm is inducted into the circle of honorary senators, and the Provost of Nuremberg University of Technology, Dr. Markus Zanner, receives the University Medal.

Schramm entered Bavarian State Parliament in 2003 as a direct candidate for the Kulmbach district. Three years later he was elected Head Mayor of the city of Kulmbach. Especially during his time as Head Mayor, he did everything in his power to make Kulmbach a university location, and thus to attract innovation and young people to a town that has been strongly affected by demographic change. He sought active exchange with the University of Bayreuth and found open ears in President Prof. Dr. Stefan Leible and then Provost Dr. Markus Zanner. "Without Henry Schramm, Faculty 7 in Kulmbach would not exist," says Leible. As President of the Upper Franconian District Council and meanwhile also a member of the Board of Trustees of the University of Bayreuth, Henry Schramm still manages to contribute as an ambassador and promoter of the science and business in the region.

During this time, together with President Prof. Dr. Rüdiger Bormann, he succeeded in averting damage to the University of Bayreuth," Leible emphasises in the citation for the honour. Two years later, there was another emergency: University President Bormann had suffered a fatal accident. Markus Zanner took over the helm without hesitation during this difficult time and led the University of Bayreuth out of the crisis as both acting President and Provost. "However, not only was his leadership performance remarkable, but also his visionary creative will," adds Leible, Zanner's period as Provost being characterised by the implementation of strategically important building projects. The development of the campus in Kulmbach, another milestone of his tenure, also benefited from his support in questions of administration and infrastructure.

The Senate and the University Governing Board therefore agreed that Dr. Markus Zanner has had a lasting impact on the University of Bayreuth, as well as raising its profile, and that these achievements should be honoured.

Originally, the awarding of honorary senatorship and the University Medal was planned as part of dies academicus. However, as this had to be cancelled due to the pandemic, the honours will initially be presented without an audience. A public tribute is planned for 2022. 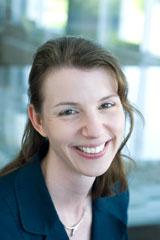